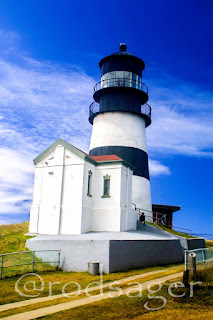 As autumn forges ahead towards the holidays the coastal areas get cooler. But the inland areas around Portland get cooler faster and that creates a transition for the coast as a warmer spot rather than a cooler spot. In the summer the coast is often 10-20 degrees cooler than inland locales. In the winter the opposite is true but closer to 5-10 degrees warmer beach side versus the chillier inland.

This is that coastal flat temperature curve that keeps everything reasonably consistent over night, during the day and all year long. So if you want to warm up for the holidays check out the Long Beach Peninsula events.

Meanwhile if you want to retire to the beach, be sure to consider the Washington Coast as most retirees will do much better financially in Washington than they will in nearby Oregon. Check out "Retire to Washington" for more info.

Coastal Living in SW Washington is amazing, especially for retirees.
Posted by Rod Sager at 8:30 AM No comments: