One of the best kept secrets in Washington State is the Olympic Coast. It is quite surprising how many people do not realize that the Olympic National Park includes a large portion of the Central and Northern Coast.

The status as a National Park has left the coastline pristine. It is truly a wonder to behold this unmolested stretch of rugged coastline. The thick temperate rain forests of Western Washington come right down to the beaches. The advantage of a temperate rain forest is the lack of insects large enough to carry away the family dog. The disadvantage is that you won't be enjoying the coastal cabana in 85 degree weather very often.

I spent a week camping in Olympic National Park years ago when the kids were young, including a stint on the coast. It was truly remarkable and worthy of any 'bucket' list. The Olympic National Park's western side is the wettest place in the continental 48 states and among the wettest areas on the planet. Although locations in Hawaii and India are the Rain Kings of Planet Earth with 450 plus inches of rain every year, the windward side of Olympic National Park has areas approaching 300 inches a year. That is better than eight times the annual rainfall received in Seattle on the leeward side of the Olympic mountains. 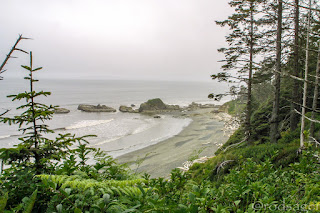 All of that delicious rain creates the temperate rain forest and it is truly beautiful. When joined by the spectacular cliffs and rugged terrain of the Washington Coast the views are nothing short of breath taking.

This protected status of course has created a scenario where a huge portion of Washington's coast is not able to be lived on. One might expect that to drive the prices of real estate skyward on the southern portion of the coast, yet the Long Beach peninsula remains a coastal bargain. Call it a proximity issue or a lack of awareness, it is essentially a bit of both. It is the coastal deal of the century none-the-less. Oregon spends millions on national ad campaigns to get tourists to their coast which is admittedly very tourist friendly. The Southwest Washington Coast is 115 miles from Portland and places like Canon Beach, OR are only about 80. Seattle residents need to travel 170 miles. 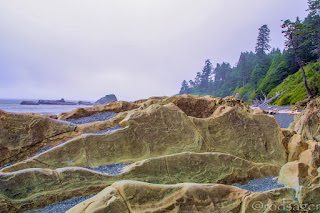 But none of it compares to the grandeur of nature that is the Washington Olympic Coast. Even in the summer months the beaches of the Olympic National Park are relatively free of crowds. When you visit be sure to actually read the placards at the beach entrances as the feds are quite serious about their rules for the beaches. Rules and regs aside, waste not your time and visit this gorgeous seaside sanctuary soon. 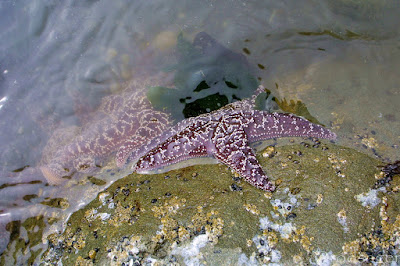 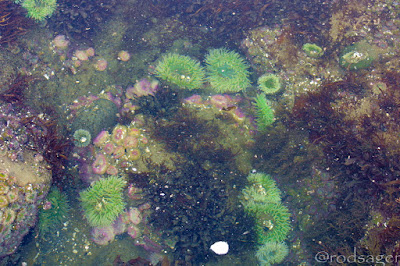 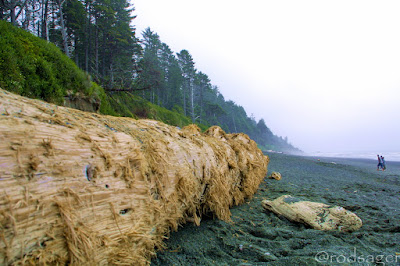